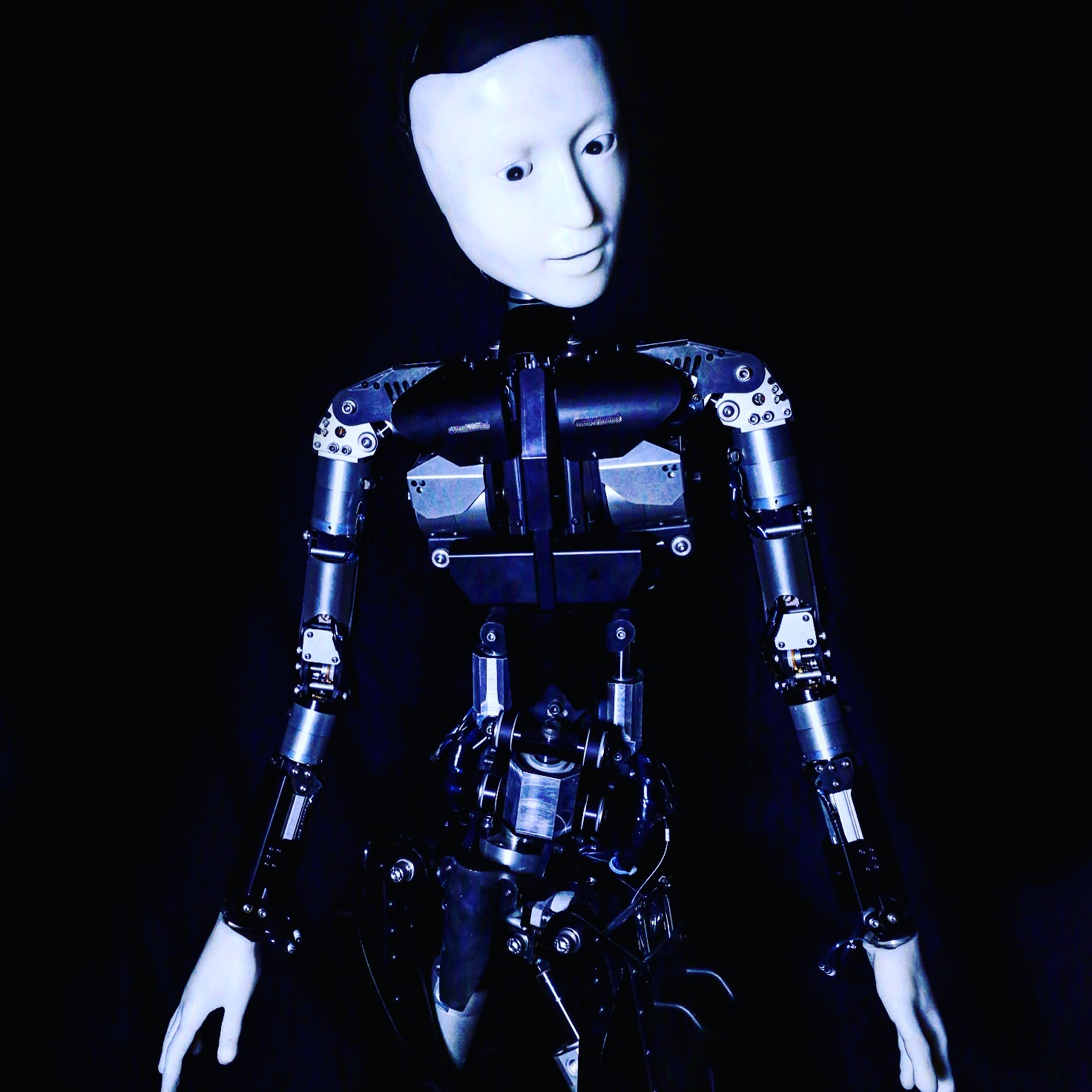 SUMMARY:
“Scary Beauty” is the concept advocated by Keiichiro Shibuya and will continue to develop in various projects in future.

“Scary beauty” is a new mono opera performed by “Skelton”(humanoid android) with human orchestra. This android has been developed by Hiroshi Ishiguro(professor in Osaka University) and improved the degree of freedom in motion like human by Takashi Ikegami(professor in Tokyo University).

The music has three parts, each part is composed of a collage of text in each works by Michel Houellebecq, Yukio Mishima and William Burroughs. This texts is selected as imaging a weird scene after all mankind become extinct. Android in asexual condition sings in a synthetic voice with a 10 peace traditional chamber orchestra.

When seeing scenes from a motion like human to a motion cannot human do with a weird voice cannot human utter by android, what is on our mind? There are coexistence of some elements beyond our image and contrast, audience will gain a new feeling between scary and beauty.

The motion on “Skelton” is not programed in advance, it is generated by orchestra performance in real time. This generating system adopt “Spiking neural network” composed of a model copying neuron systems in human brain. An output of this network is expressed as android’s behavior, it has many patterns from kind of periodic to chaotic, it depends on a performance by human orchestra. It is world’s first performance with android and human.

In stage production, Takayuki Fujimoto produces stage lighting and Tomohito Wakui produces projected image. There is a large two plane screen behind the stage, projected a live broadcasting on the stage and edited video in advance, with lighting by full use of LED.