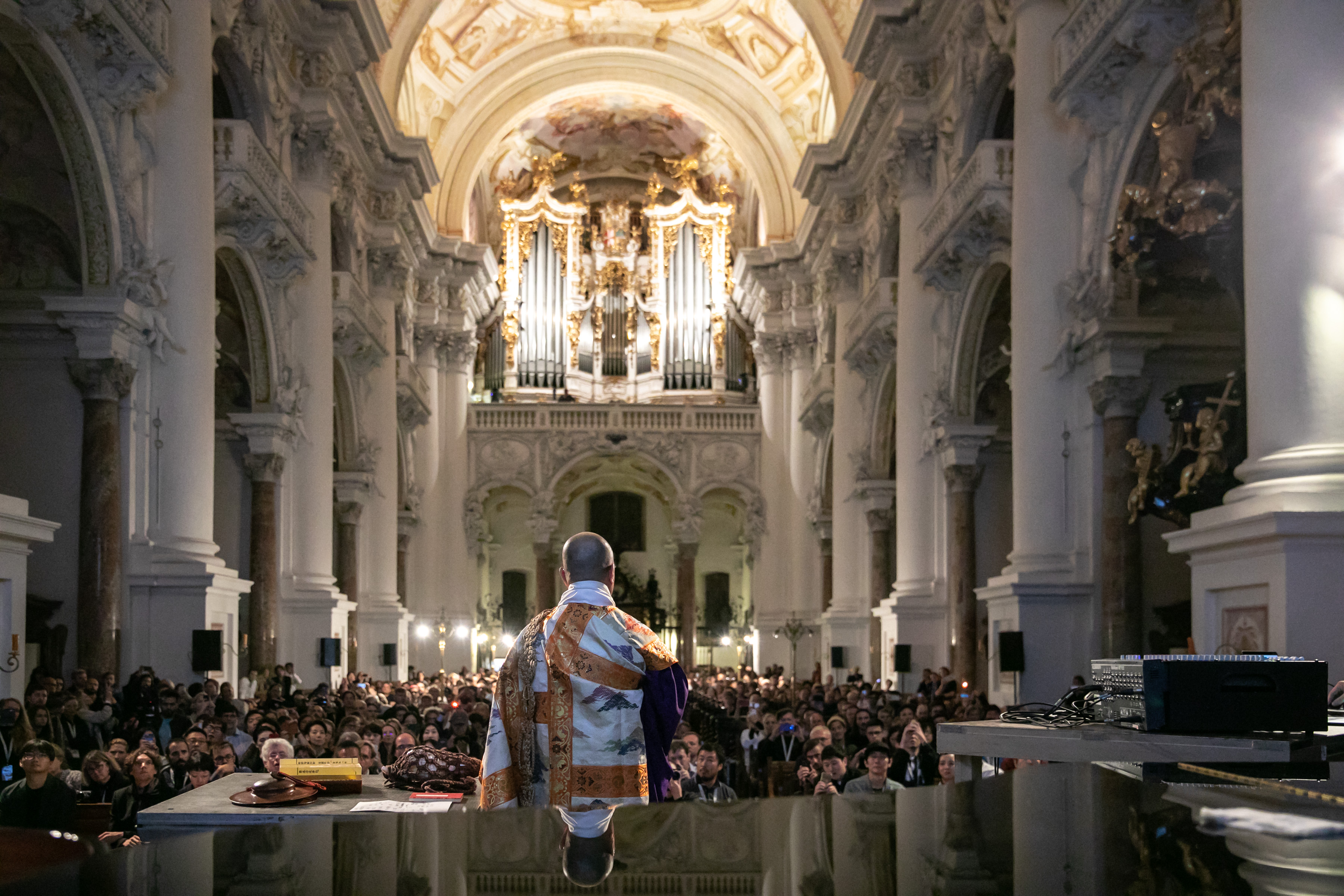 SUMMARY:
Heavy Requiem is a new collaboration that combines a Buddhist chant called Shomyo which has over 1200 years history recited by Eizen Fujiwara, a buddhist monk / musician of Nanzanryu Shyomyo, and electronic music by Keiichiro Shibuya.Unlike western serene requiems. It explores the possibility of festive and sensational one with rhythm, bass and beats created by electronic sounds. 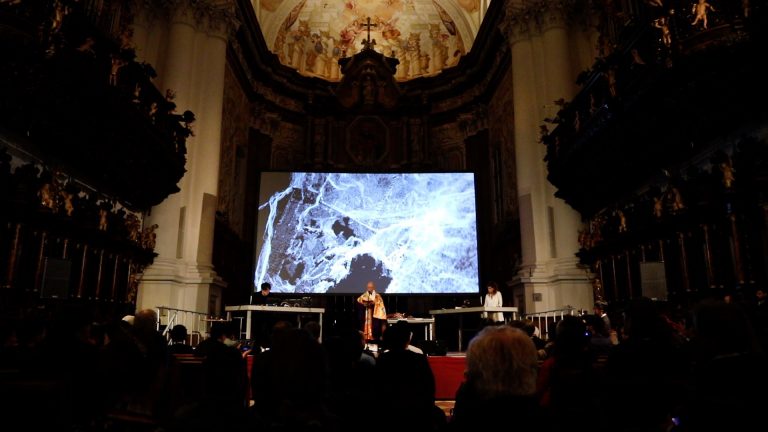 The base music that Shibuya composed only with computer-generated electronic sounds consists of six songs that add “consciousness” to the five elements in nature called “earth, fire, water, wood / air, space”. Eizen Fujiwara selects and recites six songs of traditional Shomyo according to the image of the six elements. 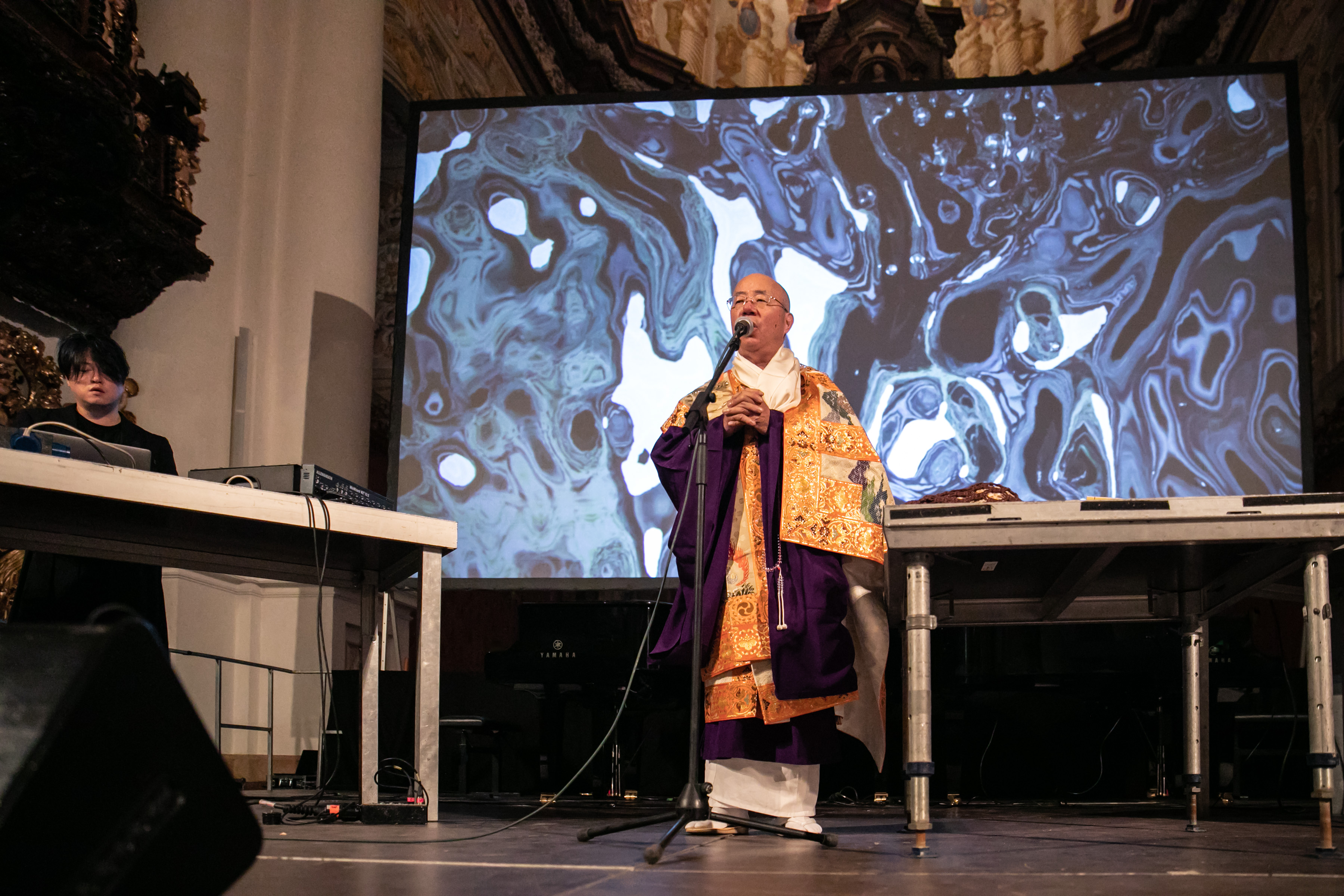 The Shomyo recited by Eizen Fujiwara is transformed by real-time effect generated by Shibuya’s computer, as a result, the boundaries of electronic sounds / noise / voice disappears accordingly. 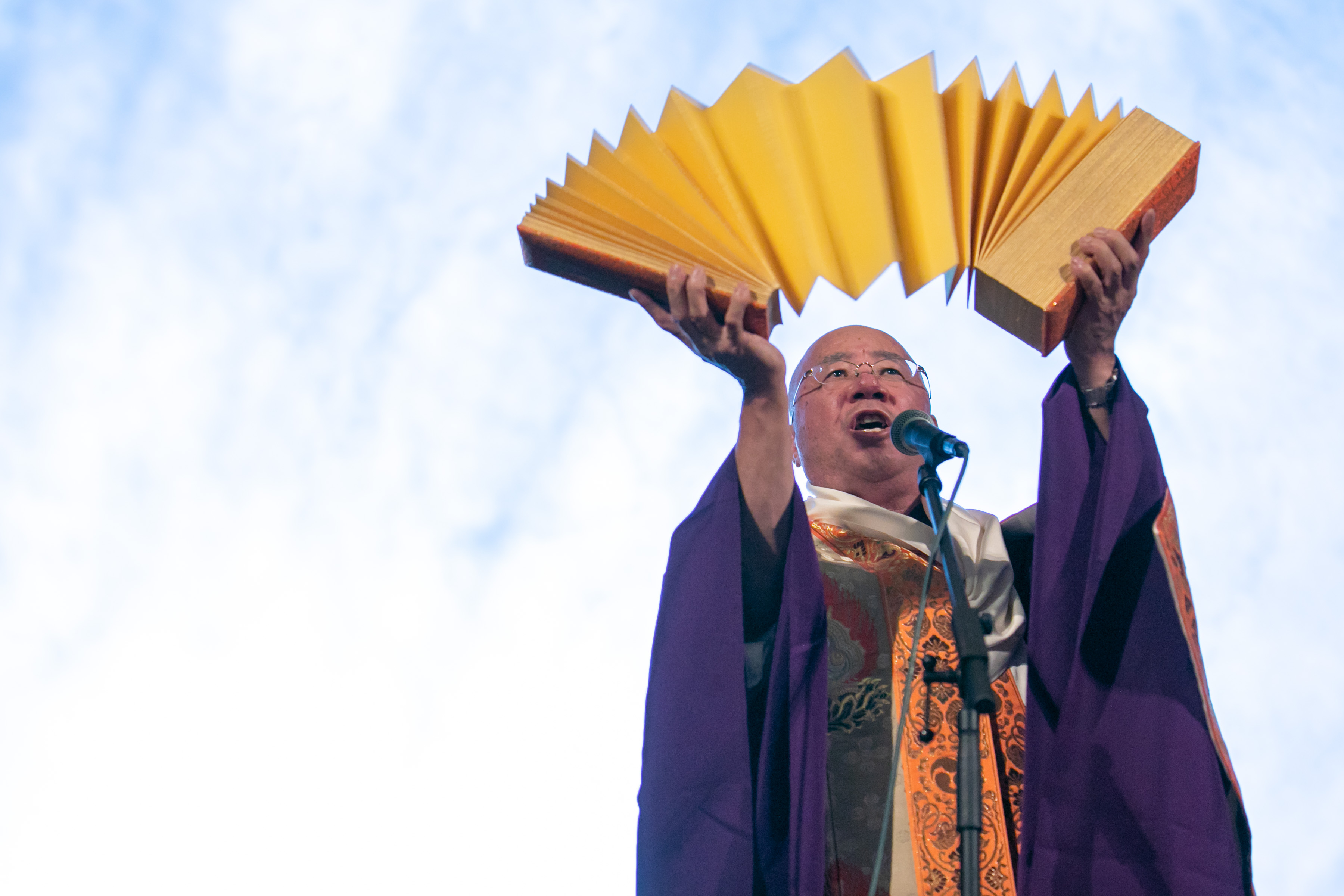 At the same time, the electronic sound and the voice of Shomyo independently exist each other without a musical theory like a dichotomy between chords and melody. While aiming for a new model of harmony and equilibrium where there is no relationship between domination and subordination, Shomyo recites world peace at the end of the performance.

Video is created and operated by Justine Emard, who is a French video artist and has been collaborating with Shibuya in recent years. She took 3D scan of buildings, Buddha statues, Buddhist tools and nature in Koya-san, and she utilize the visulas with real-time effect according to each song.

We made a successful stage as a premiere in the world famous media art festival called Ars Electronica in Austria, and further performances around the world are planned in the near future.