[STORY]
The graduation ceremony in school. At the age of 15, the graduates are selected by an aptitude test and placed under the control of the omniscient and omnipotent AI “Mother.” Akira is designated as a “heretic” and is sent to the frontier, where he meets Golem 3, an android in charge of his education. Through his interactions with Akira and the AI doctor Erika, Golem 3 senses human emotions such as desire and prayer and the power of dreaming and is determined to create something extraordinary.

–
Keiichiro Shibuya’s new opera “Super Angels” at the New National Theatre, Tokyo, took four years to conceive and two years to compose. In addition to the Tokyo Philharmonic Orchestra conducted by Kazushi Ohno, the cast includes the android “Alter3”, the world-famous countertenor Daichi Fujiki, ballet dancers, and a chorus of children with visual and hearing impairments. With the help of WEiRDCORE for the video, this is a magnificent collaborative work that transcends the boundaries of opera.

Masahiko Shimada wrote the original script. The video was created by WEiRDCORE, which has attracted international attention for his collaborations with Aphex Twin and Arca. Shizuka Hariu will direct the stage design, the first Japanese female artist to win the World Stage Design Bronze Award.

It is a unique project on the themes of “science and technology” and “symbiosis,” produced by the three divisions of the New National Theatre, Tokyo: opera, dance, and theatre. The dance scenes will be choreographed by Tetsuo Kaikawa (supervised by Eiko Ohara) of Tokyo’s New National Theatre. 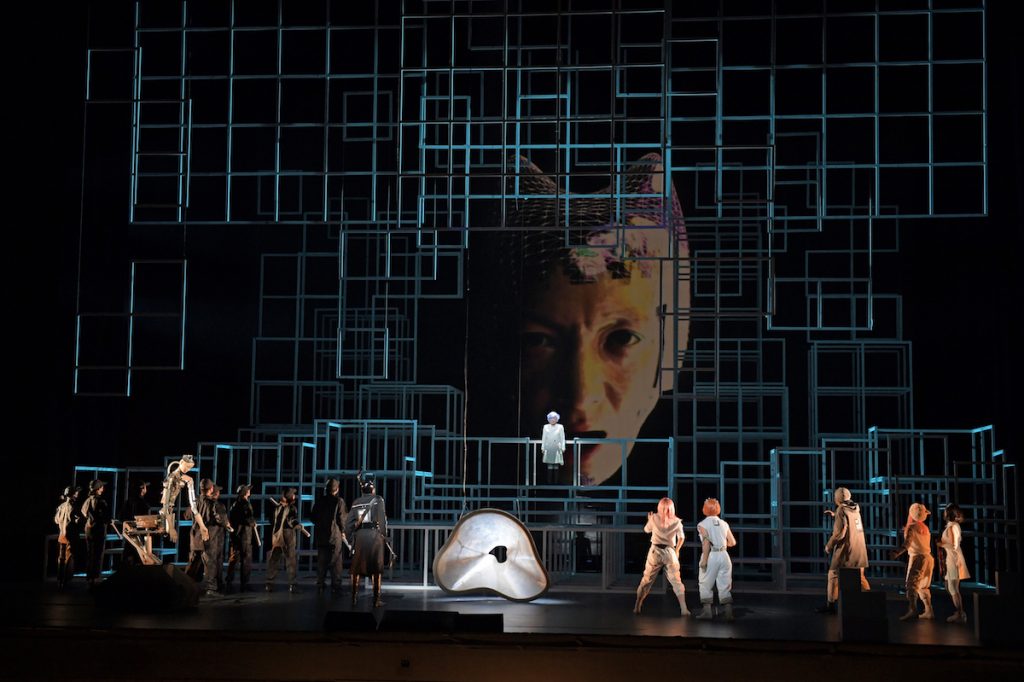 The cast includes the android “Alter3”, with whom Shibuya has worked since “Scary Beauty,” as one of the main characters, Daichi Fujiki as Akira, who made his international debut as a countertenor at the Vienna State Opera, and Rie Miyake as Erika, whom Akira falls in love with. The New National Theatre Chorus, the Setagaya Junior Chorus, the Tokyo Philharmonic Orchestra, and the New National Theatre Ballet will also perform.