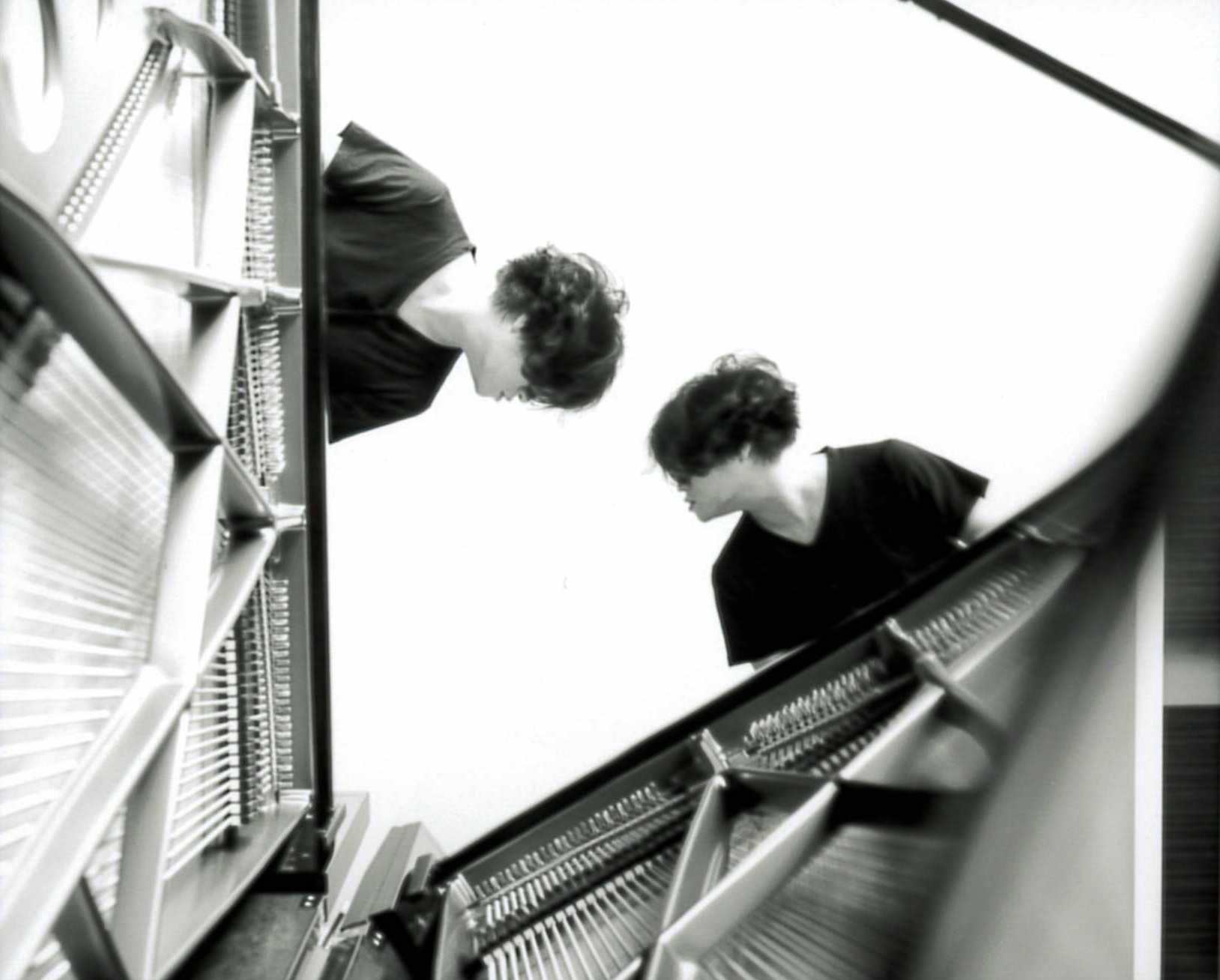 SUMMARY:
On September 11 and 12, a solo solo concert “Keiichiro Shibuya Playing Piano for maria +” was held at the Sonorium in Eifuku-cho, Tokyo to commemorate the 10th anniversary of the release of the album “ATAK015 for maria”. “ATAK015 for maria” is his first piano solo album dedicated to his wife, Maria, who died suddenly in 2008. In this concert, all songs on the album were played in the order of recording. One year before the release of “for maria”, the venue was a sonorium in Eifuku-cho, where a concert of the same name that became the prototype of the album was held. This hall, designed by architect Jun Aoki + Nagata Acoustic Design, specializing in piano and other acoustic music, is a luxurious space with only 100 seats. On the day of the event, the venue was darkened with minimal light, and was played using only completely unplugged live sound without any speakers or microphones.

“ATAK015 for maria”, released 10 years ago on September 11, 2009, was not only the first piano solo album to be released, but also a big turning point for me. The album is dedicated to my first wife, Maria, who died in 2008, but as a result piano has become a major part of my subsequent work. I’ve been working intensively since 1998 and it was combined with electronic music.

After that, the first work was the vocaloid opera “THE END” and the second was the android opera “Scary Beauty”, which were created from  a strange mix of electronic music and piano. But for about 10 years from around 1998 to the death of maria in 2008, I dedicated myself to computer music with little touch on the piano. I and maria were just immersed in creating new music with technology by making music label called ATAK. But when I realized, I was alone.

It became difficult for me to create music using a computer. Do I need to stop my creation or to explore another way to create? When I was thinking about that every day alone, I happened to see my upright piano at home from the lying sofa and opened the lid of the piano after a long time and thought that this was a massage.

It is a massage for her who is not in this room and for myself who can not make music like as before. But I found this is a physical and fresh discovery that is different from the excessive emotional feeling associated with the word, healing.

Then, I bet on the first touch and idea that I can play the piano now with a different feeling than before.

Approximately three months after her death, on her birthday September 11, 2008, I decided to make a music funeral as a piano solo concert and to make a song for maria by that date.

If I couldn’t make the song before the concert, I wouldn’t be able to do it anymore, maybe it would be better to stop the music. I pushed myself hard and worked on composition everyday by putting her remains next to piano. The song was completed on the morning of the day.

I didn’t remember about the music funeral / concert on that day because I was too absorbed. But I only remember the sound in a hall like a white church called sonorium in Eifuku-cho, which I chose as venue, was wonderful. It often sounded like a musical instrument that seamlessly connected to the very carefully tuned Steinway concert ground.

Designed by architect Atsushi Aoki, this hall is specially designed for pianos. This hall is like a white church, with a half-height of eddy high altitude dug underground, with a stage on top and a piano setting. The sound of the piano is perfectly tuned for the hall and audience.

This concert, of course, played completely unplugged live sound without speakers and microphones in a darkened hall with minimal light, and the boundaries between the piano, hall and audience disappeared.

Ten years later, on the same day, it’s exciting to have a concert that plays all of “for maria” songs and recent works at the same venue that triggered the album.

It would be the first time in recent years for my piano solo concert in Japan. With each only 100 seats for two nights. I am looking forward to discovering what I could find afterwards.