Concept:
This is a presentation of new installation produced in a different method from the past,organized with the intention to show the process and act of making music itself to the public, making it to the data from various perspectives. Shibuya’s grand piano, computer, speakers and keyboard are brought into the gallery, and by architect Shohei Shigematsu re-composing them spatially, an atelier exists in neither virtual nor reality makes its appearance.
Over 9 days from April 17th to 26th (except 25th), Shibuya practically spends his “usual” musical production life in this atelier such as composing, playing, rehearsals and meetings. This whole process is broadcasted in the gallery space as well as on the Ustream. The composing fingers and keyboard are taken by multiple fixed point cameras, which the audience visited the gallery will be able to watch and listen the scene by magnified projection, or in real time on the Ustream.In the meaning of it takes place in the viewing and monitoring, it is an epitome of creative act of the present.We hope you to share this time of the great talent launches his music, by viewing and monitoring the “Open Studio of Music” which has never been done before.
(Reprinted from the site of Gallery KoKo) 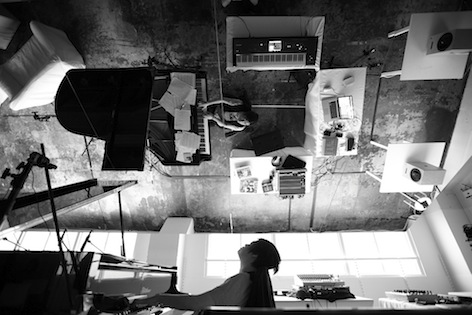 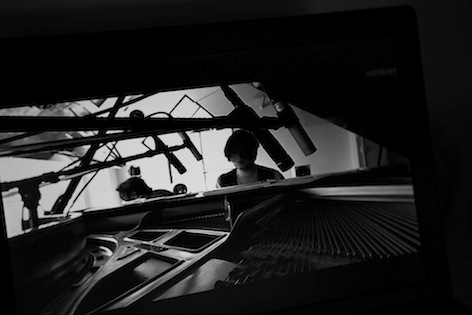 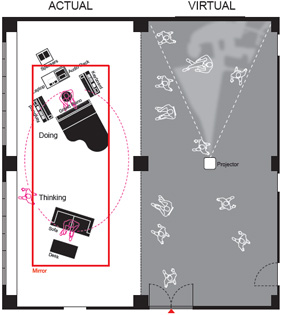 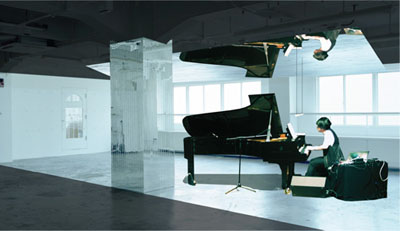