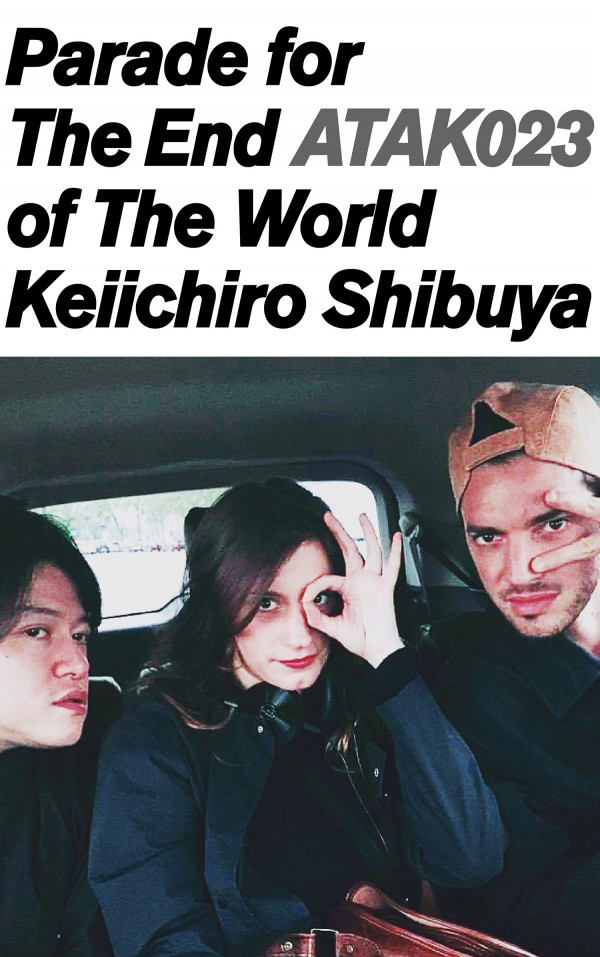 ATAK023
Parade for The End of The World

“ATAK023 Parade for the End of the World” is released in cassette tape for a limited number. Only 100 items are sold at the performance hall, the 3rd floor, Yokohama Red Brick Warehouse Building No.1 and a cassette tape specialty shop “Waltz”（in Nakameguro,Tokyo http://waltz-store.co.jp）and on ATAK web shop（https://atak.stores.jp）on 15 February 2018.

All the music in the performance and components of the music, for example, beat loops and drones are included in the cassette tape. In addition it has bonus tracks, the music for a fashion house in Paris “Piggale” in 2016 and a 15-minutes whole play of a trailer music.

It would be sure to be in the news that Shibuya’s work known as high fidelity electronic music is released in cassette tape. We are anticipating that the latest his style will come to light.