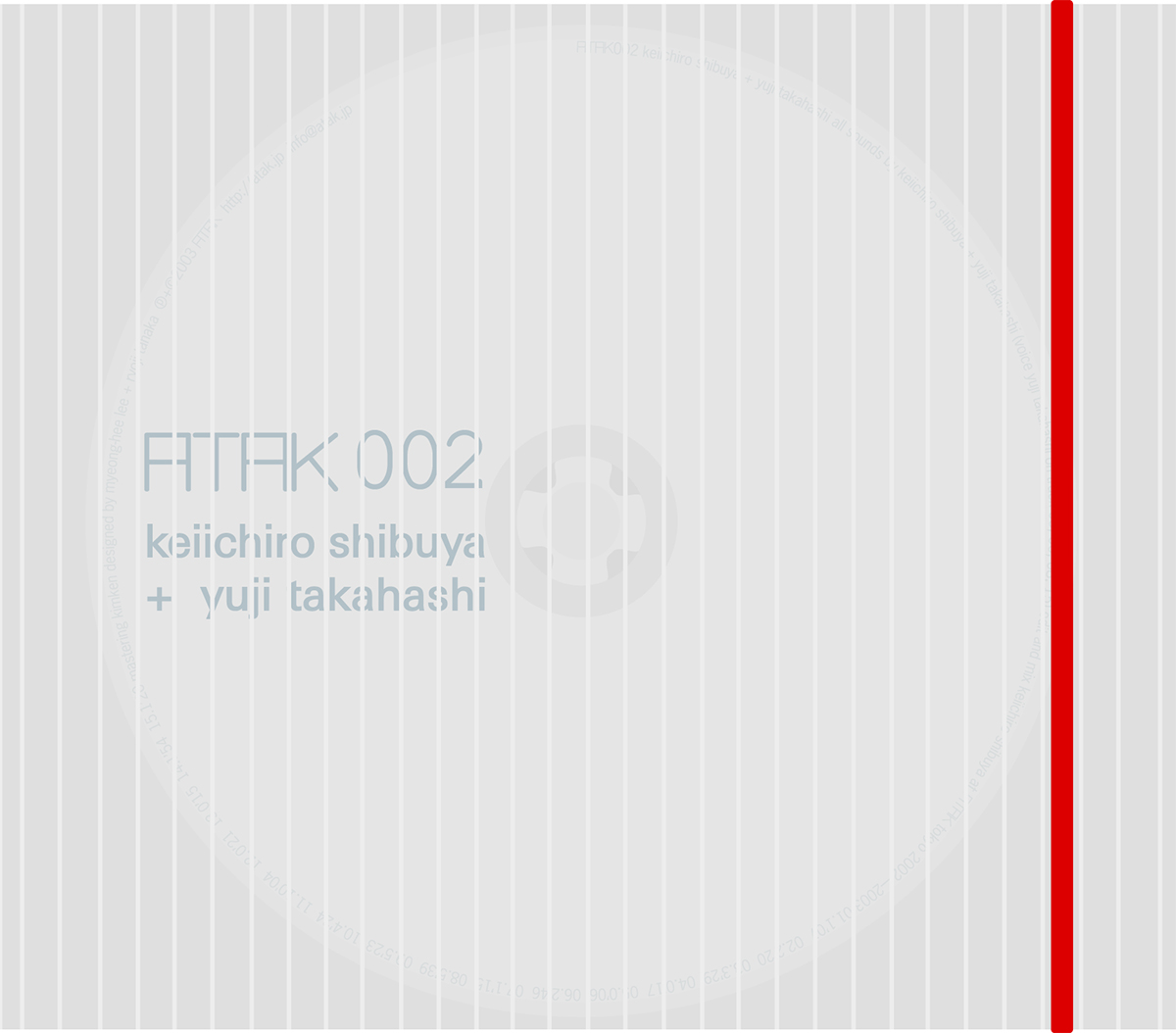 Although the 35-year age difference between japanese composers yuji takahashi and keiichiro shibuya might remind one of a father and son, their album is not an affectionate collaboration at all.
for about 10 years, yuji takahashi worked at the leading edge of computer music but later, in 1993, for ethical reasons, forbade himself to combine sound and digital arithmetic calculations. suddenly in 2002 he began using laptop computers again.
of course, no doubt that this time, he resumed their use for the same ideological reasons that initially compelled him to seal his computer.
This “inversion: cycle” is the “event” on music history.
although young keiichiro shibuya started his career with formal and academic music– and was probably the most sensitive and honest person in his generation– he drifted from the traditional system and began to question the meaning of “composer” in this post-technological era.
considering this problem led him to establish his own label, ATAK, and to form the laptop duo slipped disk.
attempting to free himself from a closed and stiffing academic environment, while still in school shibuya sought takahashi’s mentorship for an alternative approach to music.
despite this relationship, in this collaborative album, shibuya is never overawed by takahashi, but instead challenges takahashi with intense questions about the creating electronic music.
takahashi’s response to shibuya’s radical provocations, confronting it with his violent fangs, reveals him as more like a hard-core system-destroyer than a generous old expert.
This exchange is extremely thrilling, yet it eventually becomes obvious that they don’t actually oppose each other. the object of their united protest, however, is for the listener to discover.