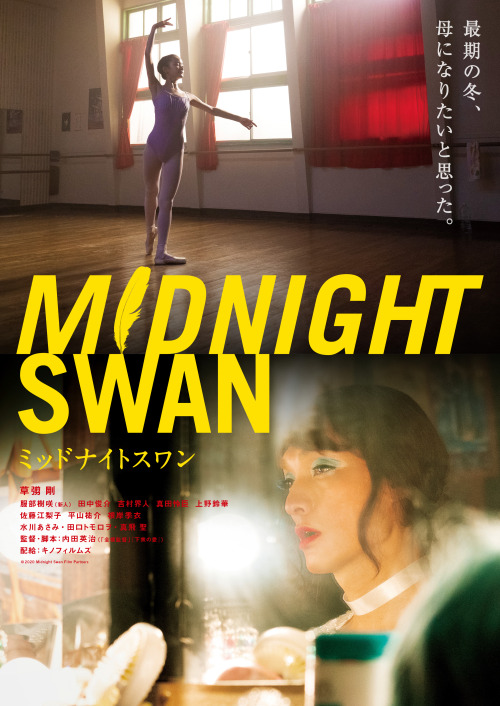 Keiichiro Shibuya has composed the music for the film Midnight Swan, starring Kusanagi Tsuyoshi and directed by Eiji Uchida, which will be released on Friday, September 25 this year.

In recent years, the android opera “Scary Beauty” and the new opera “Super Angels” to be presented at the New National Theatre next year, have been in the spotlight for their efforts to expand the possibilities of technology and music.

It has been eight years since Keiichiro had composed the music for an artist Hiroshi Sugimoto’s 2012 documentary film “Hajimari no Kioku” (*Memories of Origin) and the hugely popular drama “SPEC” which was released the same year.

The film portrays Nagisa (Kusanagi Tsuyoshi), a transgender woman living in Shinjuku with daily struggles between body and soul, and Kazuka (Hattori Misaki), a girl who dreams of becoming a ballet dancer but is denied the love of her parents, as the film portrays a “poignant yet beautiful form of modern love. A “love story” that depicts a love story.

About the trailer:
The trailer begins with the life of Nagisa (Kusanagi Tsuyoshi), a transgender woman living in Shinjuku, and the life of an eighth-grade girl, Ichika (Hattori Misaki), in her small room. The two surround themselves with homemade food as if they were a real parent and child, and you can see Nagisa smiling as she brushes Ichika’s hair with a comb. I don’t want to destroy her potential,” she says. The scene shows Nagisa’s strong will for Kazuka, and she seems to think of her as a daughter. She also hugs Kazuka and says, “People like us have to live on our own forever. She also speaks in Hiroshima dialect, the hometown of Nagisa and Kazuka, saying, “People like us have to be strong. The film also features a cast of other talented actors with rich personalities, including Mahi Sei, who plays the ballet school teacher who supports Kazuka, Asami Mizukawa, who plays the real mother who gave birth to Kazuka at a young age, and Tomorowo Taguchi, who is the mother of the show pub where Nagisa works. When Nagisa meets Kazuka, she finds someone to love and protect, but what will be their fate?
The trailer for the film, with music written by Shibuya for the film’s main theme, hints at the most beautiful love story in the world.

Sep 25 (Fri) at TOHO CINEMAS Hibiya and other theaters nationwide