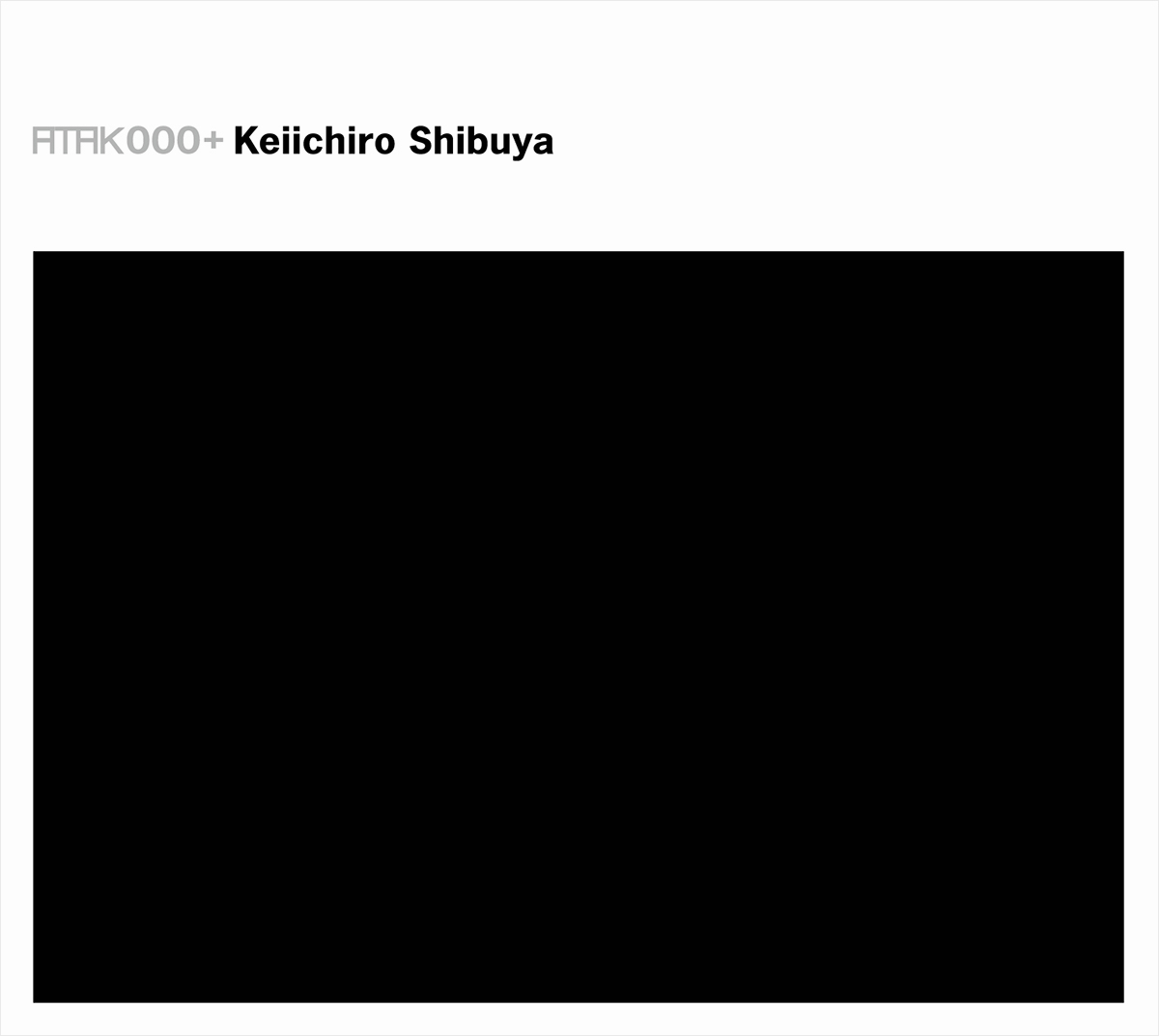 The original version of this CD was released as ATAK000 keiichiro
shibuya in 2004. This album is remastered edition including 2 new
tracks. I would like to dedicate this to maria shibuya who co-produced
the 2004 first version.

Who said? Human labor and the organic are heading in opposite directions.
A permanent feud exists between logic ruling the world and ideas forming the world.

Who said beauty was not able to arise from there?
Strictness, exactness and calculation never contradict emotional sensation.

Sounds are the numbers and sounds are things.
A new journey launches when you realize this.
Who said? It is not music.

The movement through the Sine Wave Renaissance to the Click & Cuts/Glitch Revolution generated a powerful drive shaping the history of electronic music.
And this is the perfect integration of all of the elements generated through this movement.

Infinite “music” pulses in the particles and structures of sound; this album is the highest masterpiece of “real” Composer, Shibuya Keiichiro.

From the time we started ATAK two years ago the release of this solo album has been on my mind.
I took number 000 and have been working on it non-stop ever since. Some stuff I threw out along the way, some pieces are from two years ago, and some songs are new.
The CD connects the time since I started ATAK with before – in sum, every little bit of me that exists today is in this album. This is the first time that I’ve ever thought, “If even one person listens to this, I’ll be happy”.